The new house from hell!

The new house from hell! Cracks in the walls, no loft insulation and a £3,000 kitchen worktop that doesn't fit: Homeowner finds 140 problems with his brand new £580,000 house
By STEPHANIE LINNING FOR MAILONLINE


Holes in the walls, cracks in the plaster and peeling tiles are just three of a long list of problems one homeowner discovered when he moved into his £580,000 dream house.

Luke Mahon and his wife, Alison, 35, hoped the newly-built property would be the perfect place to start a family. But they soon uncovered major faults with their four-bedroom home - and have catalogued 140 since moving in five months ago.

And Mr Mahon, 45, is so frustrated with homebuilder Taylor Wimpey that he has set up a Twitter account to list them - and warn others off buying similar homes. 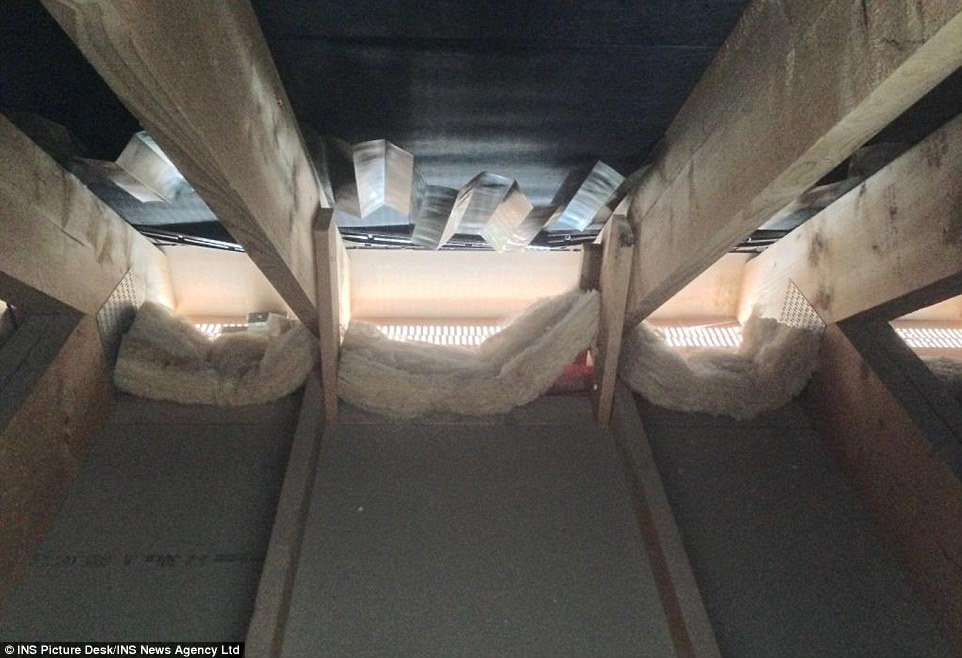 Freezing: Luke Mahon, 45, was shocked to discover the loft of his newly-built four-bedroom home, pictured, had not been fitted with insulation 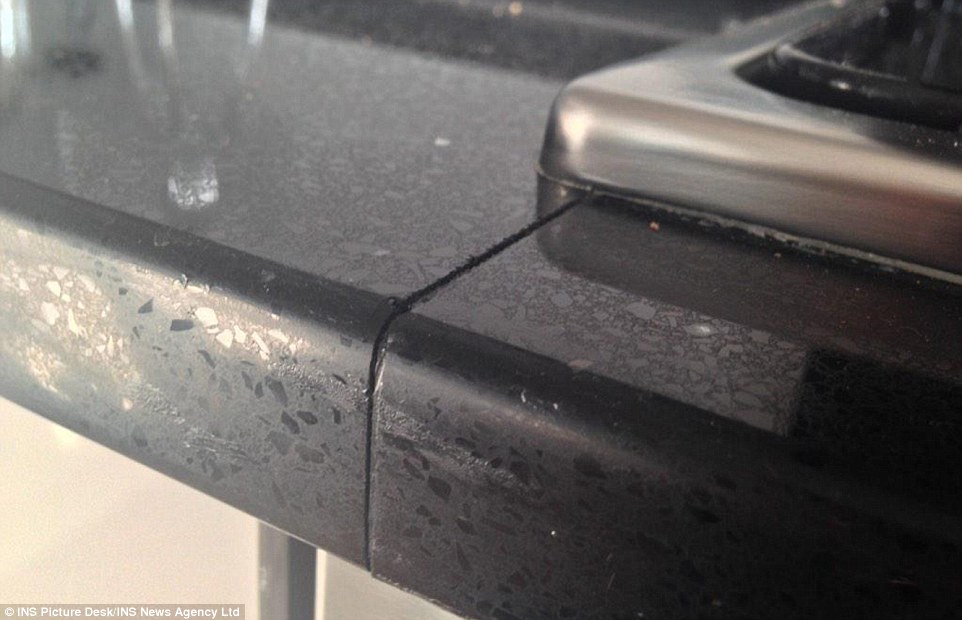 +14
Poorly finished: The £3,000 granite kitchen worktop if the £580,000 property, pictured, was not fitted properly, leaving gaps between two pieces 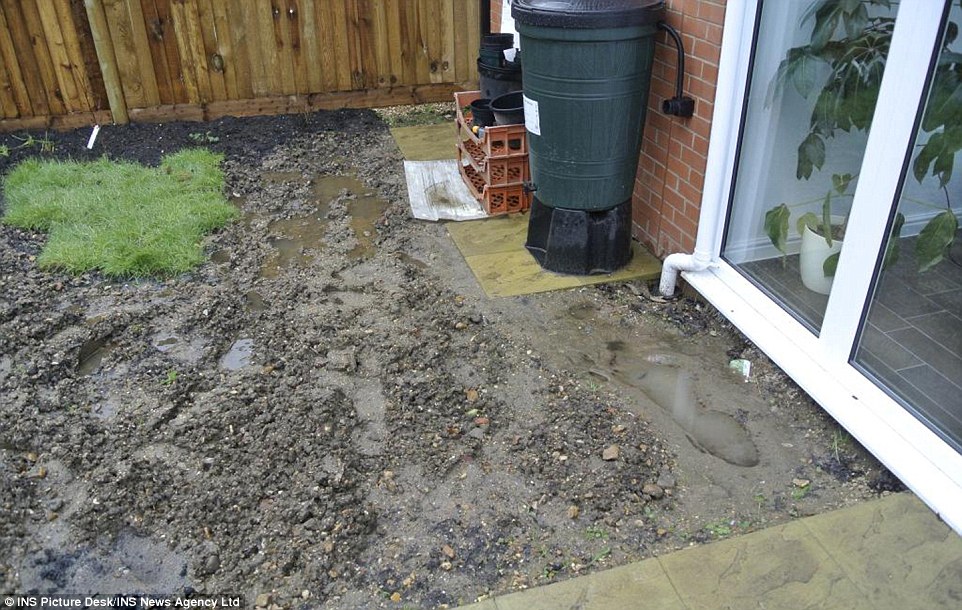 +14
Sludge: The Mahons also discovered that no turf had been laid in the garden - just one of 140 faults they uncovered in the property

The couple first found signs of wear and tear - including cracks in the walls and plaster - shortly after moving in to the home at Woodley, Berkshire, last September.

They also encountered bigger problems, such as a badly-fitted £3,000 granite kitchen unit and a misplaced toilet, in the detached home.

And when temperatures started to plummet last winter, marketing director Mr Mahon discovered his home - which was advertised as being 'energy efficient' - had not been fitted with loft insulation.

He has created a Twitter account to vent his frustration, and publicly document the long list of problems that he claims have yet to be fixed. 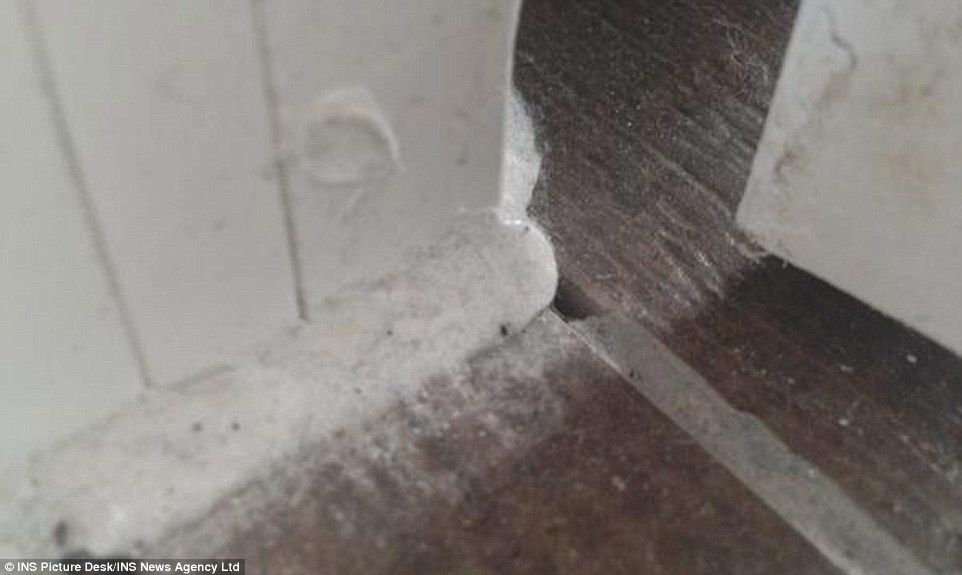 +14
Desperate: This photograph, which appears to show poorly-finished floorboards, was captioned with the words 'please fix our house!' 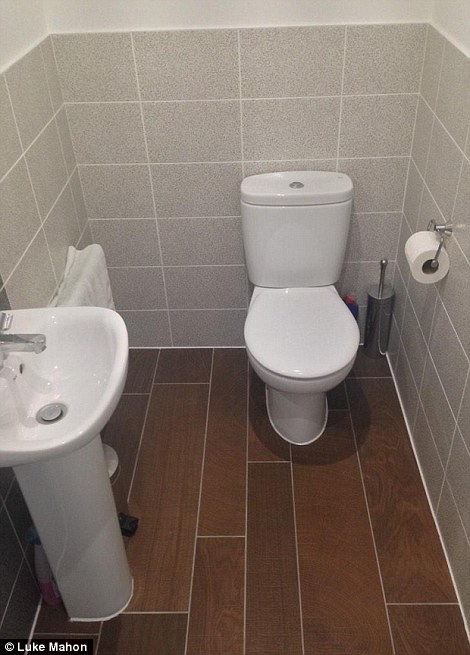 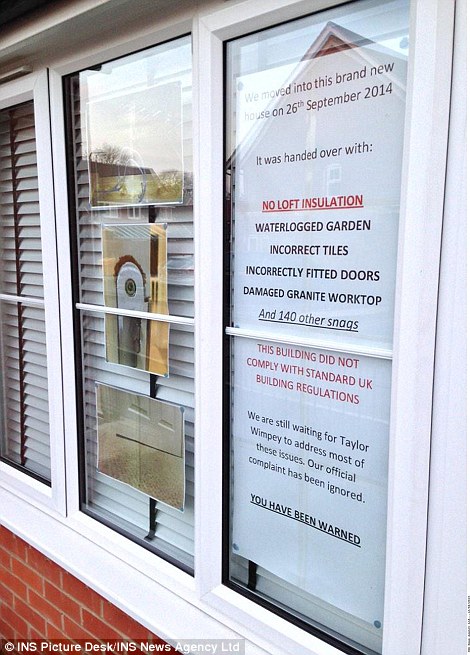 Warning: The toilet is off-centre, left, and, right, the photographs and notice the Mahons' posted on their windows to publicise their problems 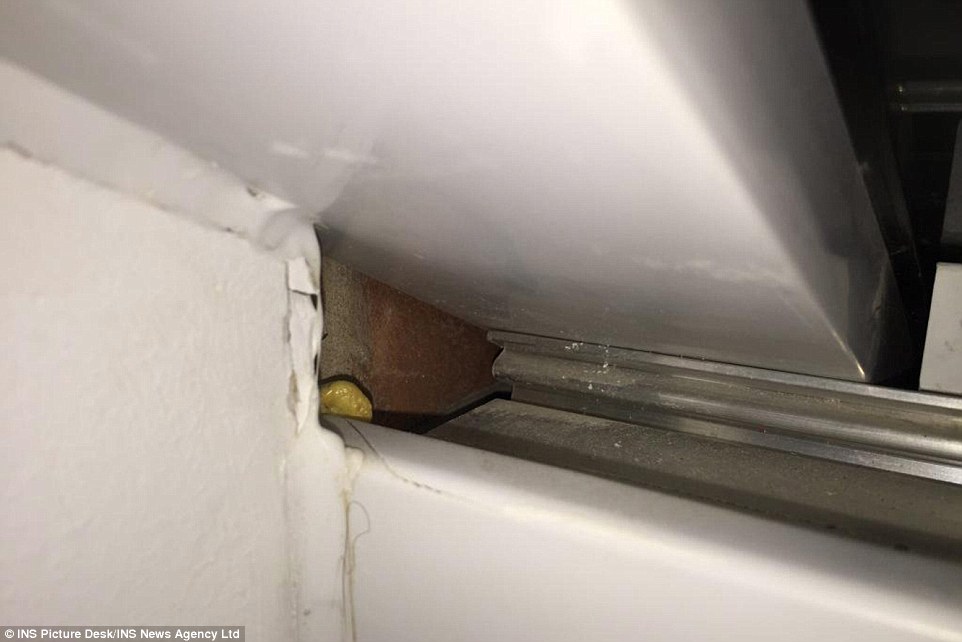 +14
'Gaping holes': This photograph shows a corner of the house that appears to be exposed to the outside, it was posted on Twitter by Mr Mahon

Using the account @MyHouseSucks, Mr Mahon shares photographs taken inside his home along with captions explaining what is wrong.

STILL TO FIX: JUST SOME OF THE 140 PROBLEMS IN MR MAHON'S HOME
No loft insulation

No grass in the garden

Gaping hole in corner of one wall

He said: 'I shouldn't have to resort to these sorts of measures to get something done.

'I'm really disappointed because we were told we'd have a new home that would not need any work as we want to start a family. We lived in Caversham for seven years and did a lot of work on it. We didn't want to live in a building site again, and that's what's happened.'

The couple have even posted the photos in the windows of their home along with a warning to house-hunters hoping to buy a property in the same new development.

And the Mahons are not the only couple to have experienced problems since moving to the 48-home estate. Jason and Tracey Bass said their home has been a constant building site since they moved in last summer.

The couple have had three separate patios installed in just six months after bodged building work meant rainwater kept flowing into their garage and flooding it.

Mr Bass said: 'We haven't found anyone living here who is happy.

'The site manager told one lady who lives on her own that they are building water-tight properties, not Rolls Royces. But we are paying Rolls Royce prices. It's disgraceful.'

Mrs Bass added: 'We have reached rock bottom with the circumstances that we find ourselves in.'

A spokesman said: 'We would like to apologise to Mr Mahon and his wife for the issues they have experienced with their new home. We are in regular contact with the customers, and have met with them to discuss their specific concerns.

'During these meetings we have agreed the work that will be undertaken to resolve the issues and we will complete this as soon as possible.' 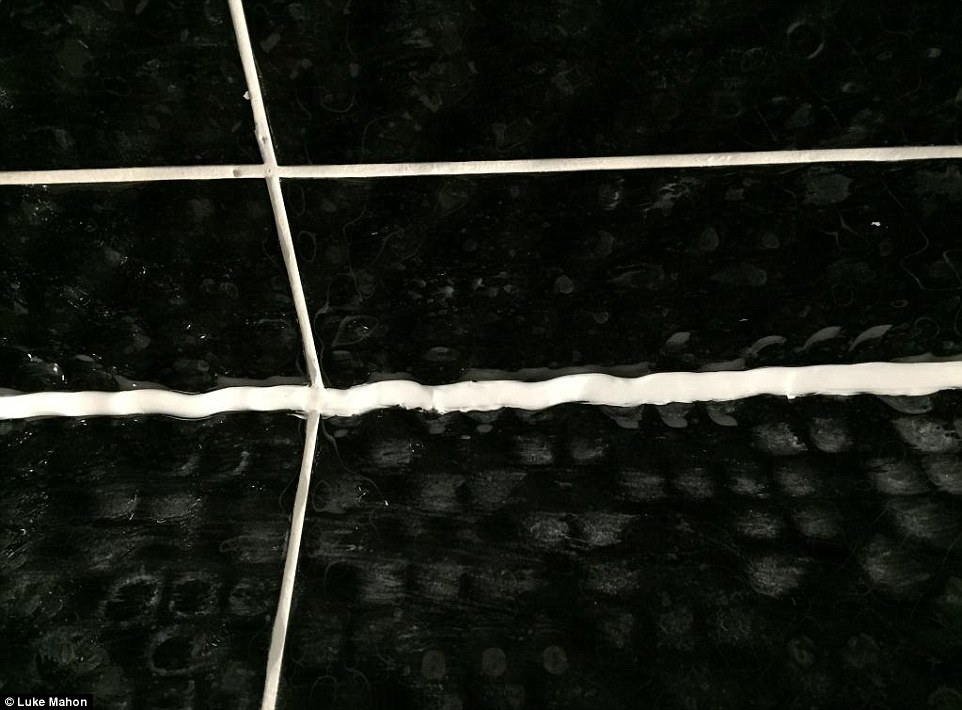 +14
Improved: Mr Mahon posted this picture on Twitter of what the mastic in his house looks like after Taylor Wimpey had promised to fix it 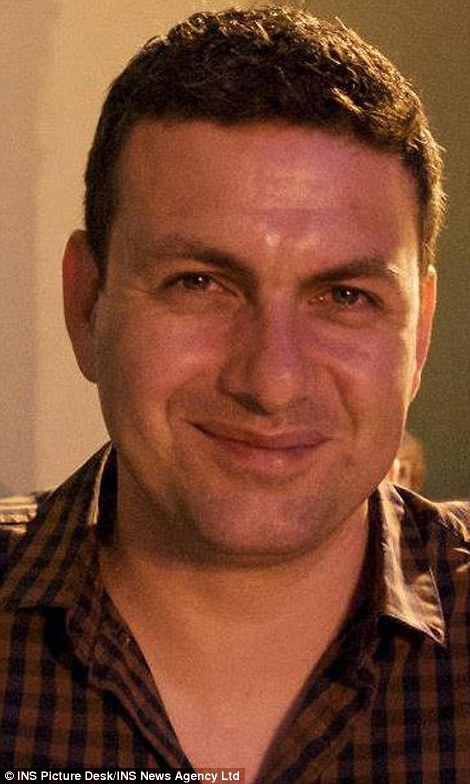 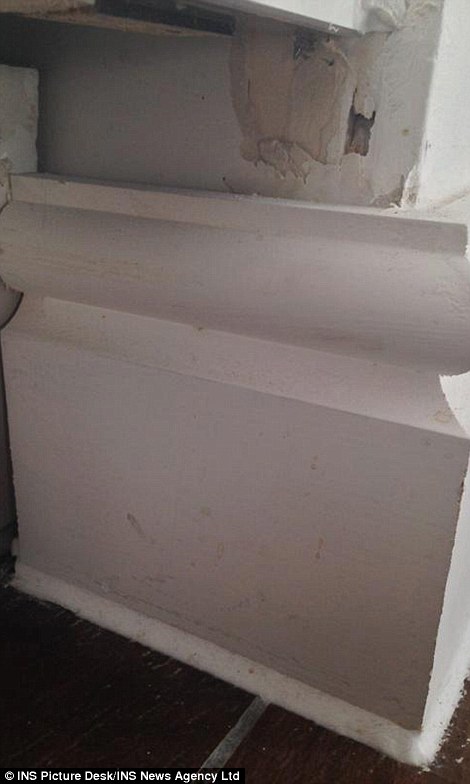 Frustrated: Marketing manager Luke Mahon, left, and one of the photographs of peeling paint he posted using the @MyHouseSucks account 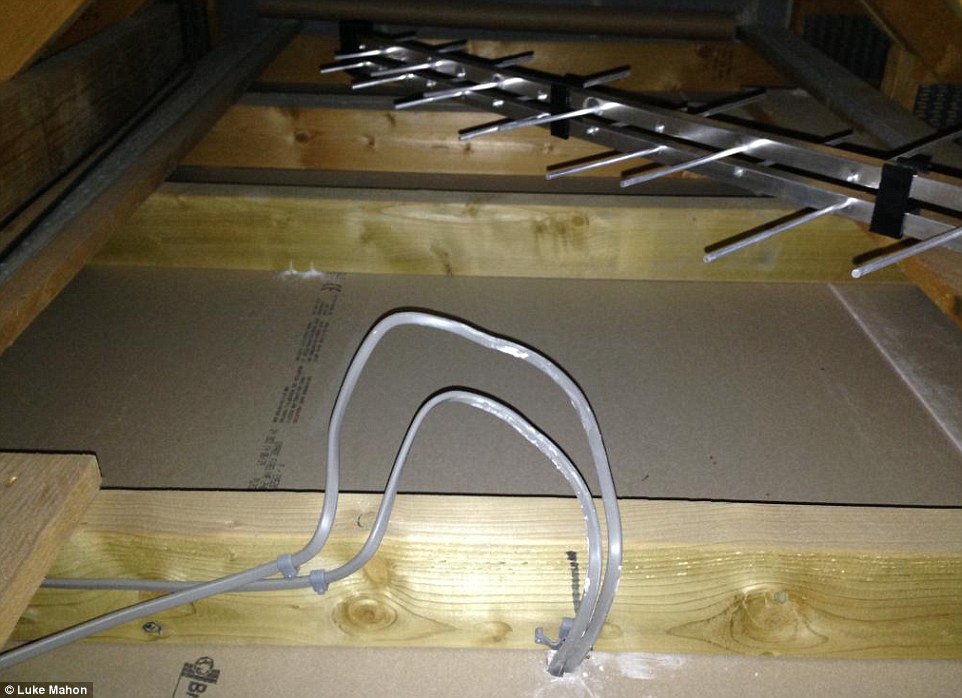 +14
Major problems: Another photograph taken inside the loft reveals the lack of insulation. It is one of 48 homes on the new development 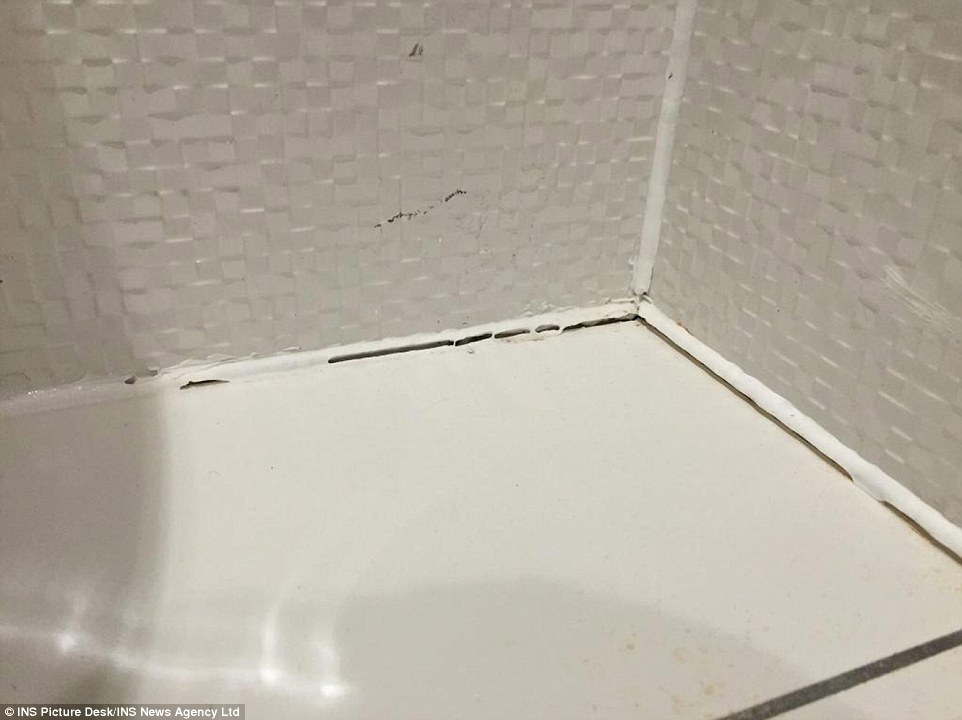 +14
Fault: This photograph taken in the Mahons' poorly-finished bathroom was captioned 'more quality fit and finish from @TaylorWimpey' 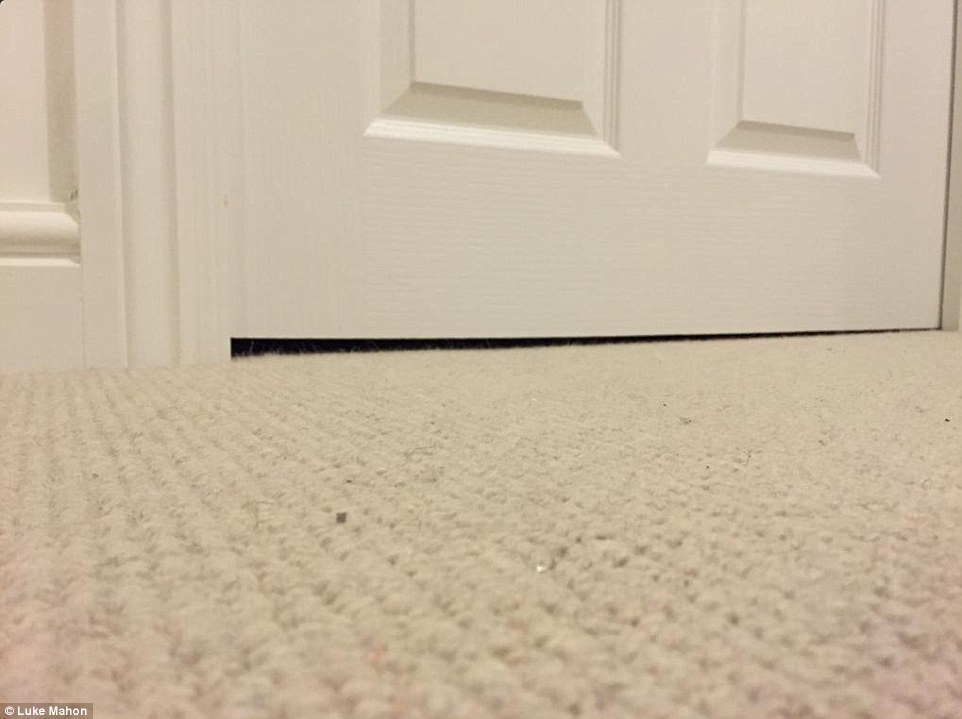 +14
Mocking: Mr Mahon posted this picture with the caption 'when trimming doors most builders use straight cuts. Not @TaylorWimpey' 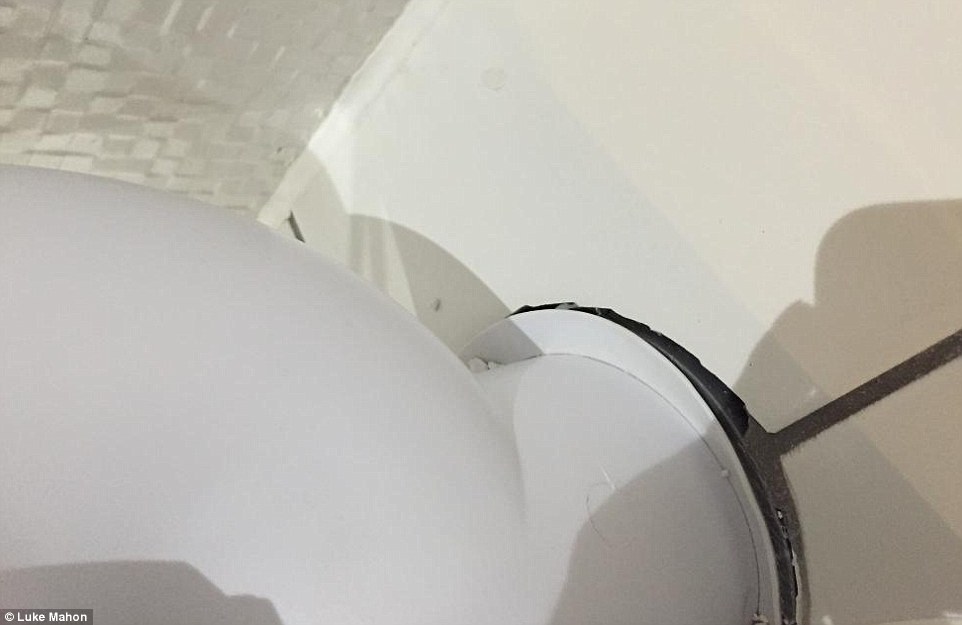 Have you managed to solve this situation?

You should never be silent about the fact that you are not satisfied with something in the house, especially if you buy it. My friend had a similar situation. She bought an apartment. After a week of living in it, it turned out that there were cracks in the walls, pipes leak, the faucet in the kitchen did not work. I forced her to turn to the former landlord of the apartment and find out why it was not shown during the tour. Unfortunately, we did not receive any intelligible answer and had to turn to a lawyer. I usually applied to this company for real estate planning — https://swpdxlaw.com/services/estate-planning. However, they coped with the task perfectly and defended my friend's rights.
Last edited: Mar 18, 2022

We are planning to buy a house. Can anyone give advice on repairs?

ArleeZarling said:
We are planning to buy a house. Can anyone give advice on repairs?
Click to expand...

I feel so sorry for this post's author because buying a house with so many problems is terrible. If you plan on buying a house, have a general inspection of the entire area. Sometimes owners hide problems, so they don't scare off the buyer. You can even hire professionals to organize a home inspection before buying it. I like landlords who are honest with the future owners of their home and, at the initial stage, warn about all problems and help solve them. As for renovations, I suggest you consult with an architect and a designer. An expert's perspective is always better. By the way, we recently finished a renovation. I want to brag about the cool house sign we ordered at https://baliandboo.com/collections/house-signs. I think you'll find this link helpful.
Last edited: Jul 7, 2022

How can you sell a house in this condition?

I can't imagine how you can be so inattentive in buying a house. It is clear to everyone that it is necessary to go around all the rooms and look into all corners and cabinets to ensure the quality of repairs and finishes. That is why I advise all my friends to contact Mortgage Broker Manchester when they plan to take out a mortgage on a house. The specialist understands the process of inspecting real estate and drawing up documents much better, so he can give good advice to avoid unpleasant situations. I still can't understand how it was possible not to notice that the lawn was not laid on the territory?
Last edited: Jul 10, 2022
You must log in or register to reply here.
Share:
Facebook Twitter Reddit Pinterest Tumblr WhatsApp Email Share Link
Top